Are wider road tyres really faster than their narrower counterparts?

For a long time, a 20mm tyre with 160psi or more was considered the fastest tyre, regardless of how uncomfortable or unsafe it was to ride on such a tyre/pressure combination. What very few people realised at the time, was that a wider tyre would roll equally well at a lower pressure. For example, a 23mm tyre will roll with the same rolling resistance (under the same load) at 120 psi as the aforementioned 20mm tyre at 160psi! (based on the same model of tyre).

Going wider, a 25mm tyre will only need to be inflated to around 90 psi to get the same rolling co-efficient score! Daring to go further, a 28mm tyre at 80 psi shows a similar co-efficient to the narrower tyres. 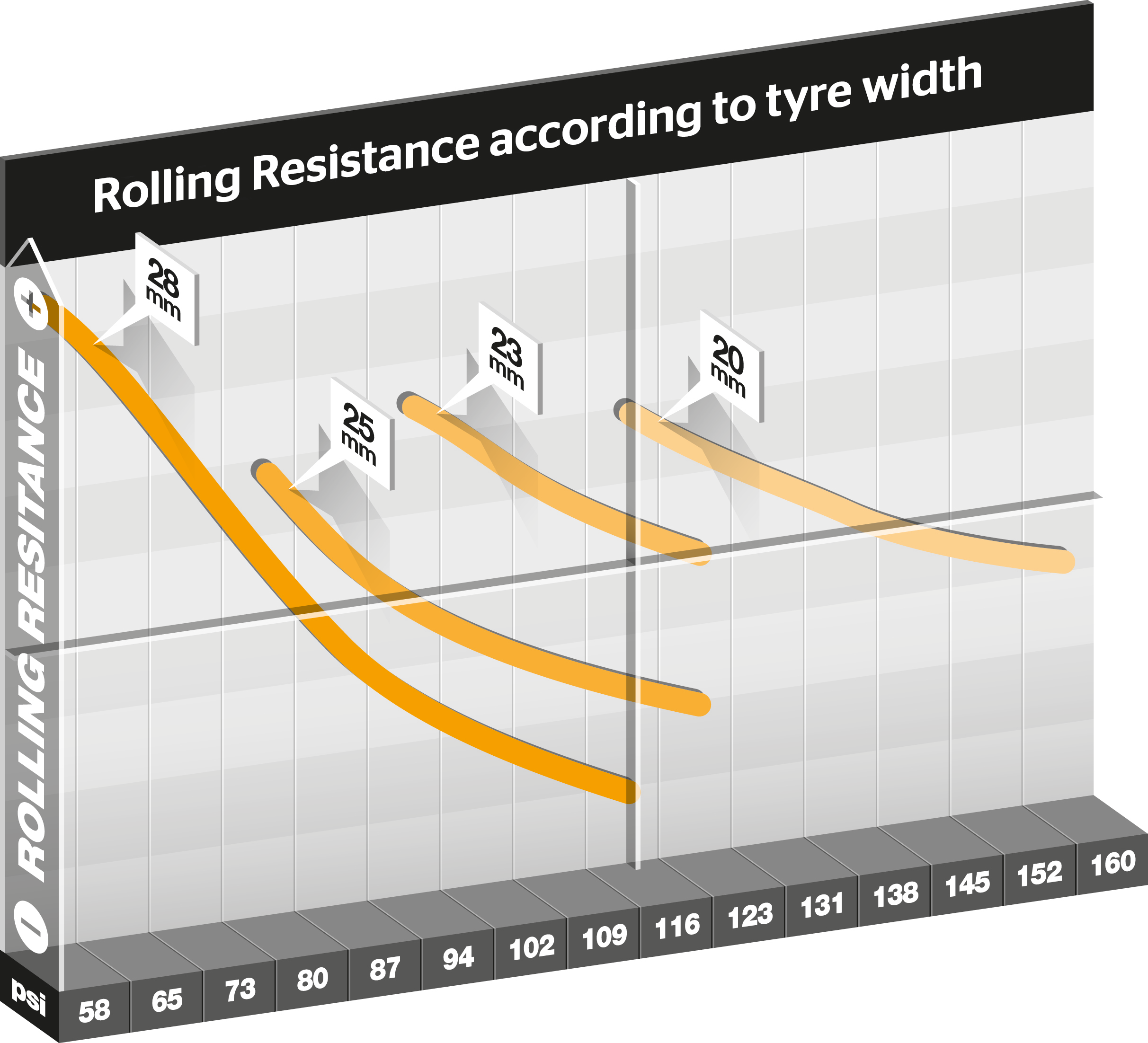 Although their are other factors to consider, like that fact that the comparison was made between tyres of a particular model (eg GP4000 S II in 20, 23, 25 & 28mm). Comparing a 20mm GP400 S II against a 28mm Ultrasport II entry level tyre may not give such similar results, but even then, there will still be an impressive result from the wider tyre.

Another factor is wind resistance, and there is still an argument to run a slightly narrower front tyre for competition purposes, but again, there is no need to go back to the days of a 20mm choice.

The benefits certainly outweigh the negatives, with wider tyres offering more comfort, especially important for sportive riders and long distance cyclists where prolonged road jarring can cause pain and premature soreness in the contact areas. Puncture protection is also improved as a wider air chamber has less chance of suffering an impact puncture. The tyre can of course be inflated a little higher to gain even faster speeds for competitive events such as time trials, triathlons and road races when the weather conditions allow.

The latest trend of wheel companies producing wider rims means that it is now important to run wider tyres on such rims, as a 'lightbulb' cross section of rim/tyre is still required. A narrow tyre on a wide rim (eg 20mm tyre on a 20mm internal diametre rim) can be unsafe as the pressure required to 'jump' the tyre off the rim is dramtically reduced with like for like rim/tyre sizes.

How are they faster?

Wider tyres actually give less of a footprint on the road than a narrow tyre, under a given load. The footprint is shorter and fatter compared to the narrower tyres' longer and narrower footprint. This means that the narrower tyre produces more friction and thus more energy, meaning less effiency in terms of rolling speed. The narrower tyre deforms more, negatively affecting speed. Yes, they are still aerodynamically superior, but the rolling speed advantages outweigh this, certainly at the speeds of regular cyclists and even up to the speeds reached by keen amateurs, even professional cyclists are now running 25mm tubulars and sometimes 28mm for the Spring classics.

German TOUR magazine conducted a test of top race tyre brands and their various sizes, and their findings confirmed that a wider tyre of a given model is generally faster and provides a more enjoyable cycling experience. 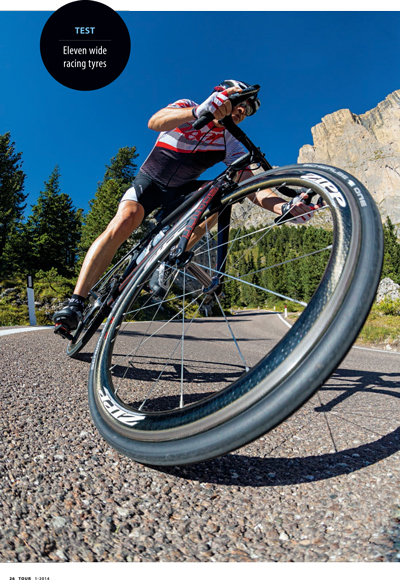